Why I almost gave up on tarot 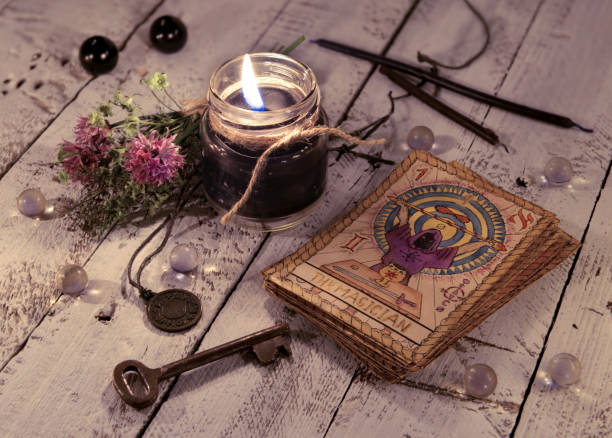 When people ask me how I became a professional tarot reader, I warn them that it’s a long story.

Why? When I first got into tarot, I gave up on it pretty quickly. It was years later that I came back to it, determined to give it the time and patience it deserved the second time around.

Except I hit some pretty big obstacles along the way.

I had spent so much time learning card meanings and tarot spreads. I had given readings to a lot of my friends and really thought I was getting somewhere with it.

But I heard so many conflicting things about tarot. Some people said I needed to learn psychology or mythology to really understand it. Others said numerology and astrology were key to knowing tarot.

It all gave me the sinking feeling that my tarot readings were missing something.

But a voice deep down told me that tarot wasn’t quite as complicated as I was being led to believe.

I am so glad I chose to listen to my intuition.

Because what I eventually learned was this:

You don’t need convoluted techniques to be a good tarot reader.

In fact, using too many techniques can distract us from tarot’s gifts of healing, insight, and transformation.

Everything you need to know is already in the cards – if you know what to look for. And trust me when I tell you that tarot is powerful enough on its own. You don’t need to throw a bunch of other tools into the mix to make it work.

Class is starting soon. Learn more and register at lizworth.com/tarotbeyondthebasics.

Hope to see you in class.

Sign up for weekly insights and simple spiritual practices that will help you live with intention, purpose and alignment.

Sign up for weekly insights and simple spiritual practices that will help you live with intention, purpose and alignment.
Your information will *never* be shared or sold to a 3rd party. I will occasionally send out updates about my classes, readings, and services.