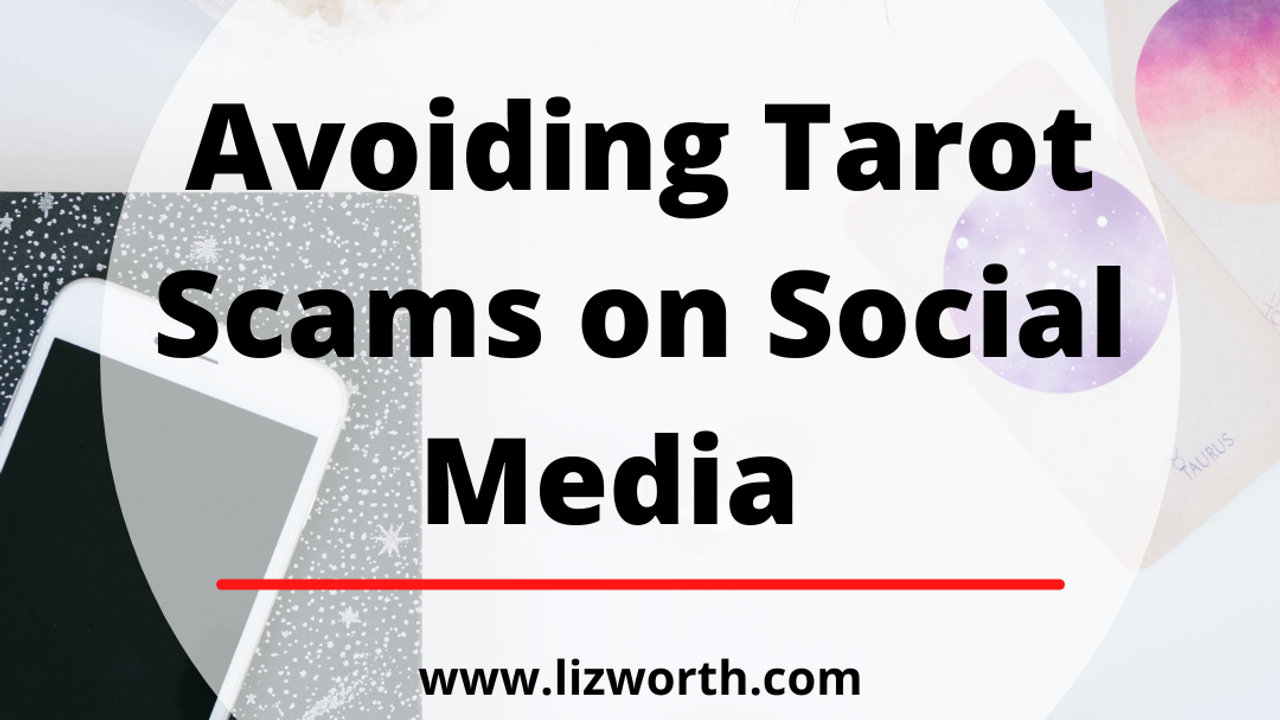 A few weeks ago I had a copycat on Instagram.

Someone had started an account under my name, stole my profile picture, and lifted several of my photographs and posts, copying my content word for word.

Then they started following people who already followed me, ensuring they were targeting individuals who were already familiar with me and who might be used to seeing me on Instagram.

I had no idea this was going on until someone tipped me off that they had been followed by an account that looked just like mine. When I went to search for it, I found out this imposter had prematurely blocked me – a further sign that they knew full well what they were doing was wrong.

As much as copying and copyright theft can be an issue, what really bothered me about this was that this person was contacting people online – people who, once again, already follow me and might be familiar with my work – trying to sell them readings.

I’m not the only one this has happened to: Throughout the year, I’ve seen other tarot readers posting about imposter accounts that are using their names to scam people under the false pretense of getting a tarot reading. Some weeks I’ve seen daily reports of new fake accounts going up.

At first glance, it can be hard to tell a fake account from a real one. The imposter will contact people through private message. If you already follow that tarot reader, you might get excited that they’re contacting you. Especially if you’ve been wanting to get a reading from them.

The imposter account might promise that they have a “special” or “important” message to share with you. This is usually a red flag: I personally don’t reach out to people to sell readings through private messages. I know many other tarot readers who don’t, either.

Outside of that, I also don’t intrude on anyone by assuming to have some kind of message that they haven’t asked me to divine for them. To me, this crosses the line of client consent.

Of course, these imposter accounts don’t actually have a message for anyone. They are not going to deliver on any reading they’re promising.

Instead, they ask for a payment sent by PayPal or other online payment processors. The amounts I’ve seen requested range from $50-$100. If they’re asking for payment by PayPal, they will ask it be sent through the “friends and family” feature.

This is always dangerous for a consumer: Friends and family payments are not protected by PayPal and it can be very hard to get a refund this way.

The email address you are given to send payment to is another thing to check: Does it match the name or business of the person you are dealing with? I got my husband to contact the imposter account using my name, as I was curious to see whose email address it might be attached to.

He was actually given two different email addresses at two different times – very suspect. Neither of them were under my name, or even close to it.

I reported the account to Instagram and had to send a photo of my I.D. to prove myself – something I shouldn’t have to do, given that I wasn’t the one running the scam, but this is where we’re at right now.

I also made a post alerting people about the fake account. Thanks to a collective effort to get it reported, it was taken down. But it took over 24 hours to do so, and in that time people repeatedly told me that they were being contacted through that account, and that they were being asked for money.

As far as I know, no one was taken for a ride that time, but it has happened to other people. Just a few days before this imposter posed as me, I had been giving advice to another tarot reader local to me who had a client who did get scammed by someone this way.

Unfortunately, if money does change hands here, the issue is between the customer and the imposter - not the tarot reader. The reader sees no money, and loses their intellectual property.

The customer is out for the cash they pay. The imposter is not going to render any services. Instead, their account will eventually be taken down, but the customer will have little way to track them down afterwards.

This happens way too often, and it’s not just a problem on Instagram. I’ve been told it’s happening on TikTok and Facebook, too, and could be wider than that.

Beware of this, whether you’re a tarot lover or a professional tarot reader. I always push for professional readers to legitimize their businesses by making sure they have proper payment processes and policies set up to protect themselves and their clients.

Report scam accounts when you become aware of them.

Legal action may even need to be taken if money is lost or reputation is damaged in these situations, though I’m not sure how much recourse there is for things like this right now. I haven’t heard of imposer accounts being reported to the police, but it is a growing concern in the industry and I genuinely don’t want to see anyone taken advantage of.

Scammers like these are preying on the trust that so many of us have built in the tarot community. They are also preying on the fact that so many of us who are drawn to this world rely on signs and messages. Hearing that a favourite tarot reader has a “special message” might be exactly what someone is waiting to hear – and scammers are banking on catching those individuals at particularly vulnerable moments.

Be careful out there.

To reiterate, here are some tips to avoid getting scammed: