Do your tarot readings ever feel like guessing games? 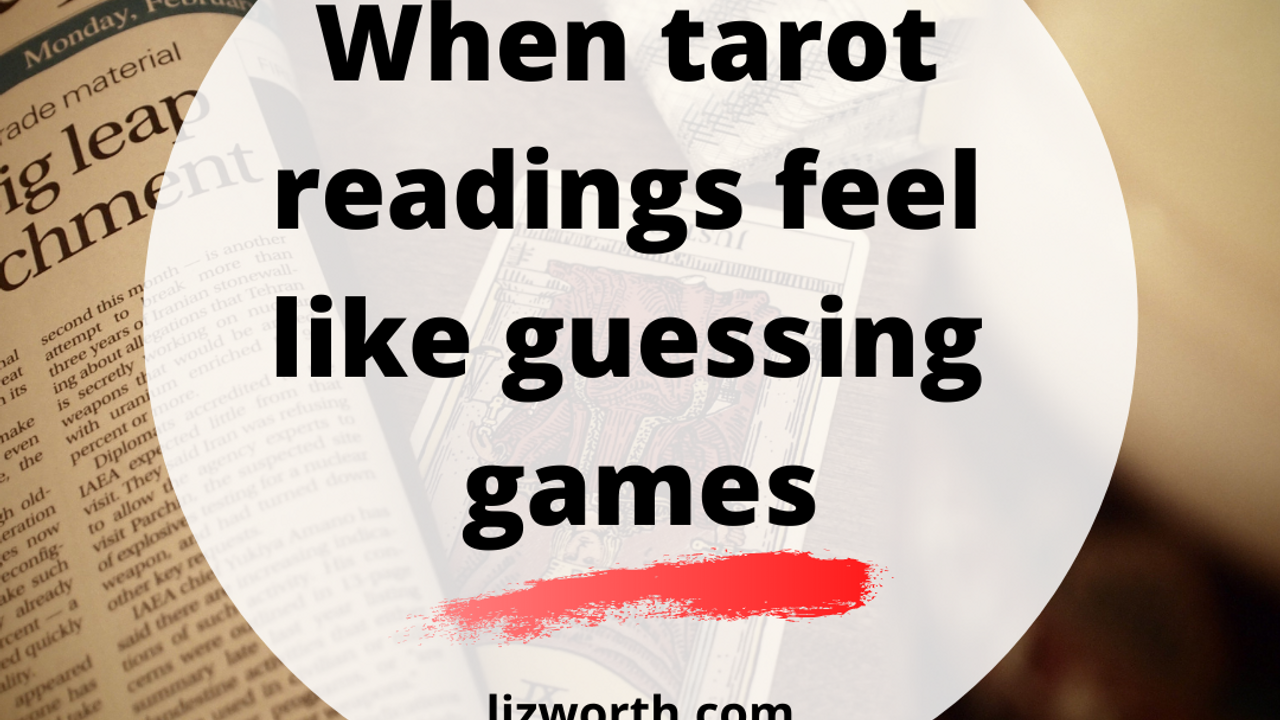 A couple of weeks ago, I got an email that sounded like it should have landed in my spam folder instead of my inbox.

I didn’t recognize the name, and the subject line was vague: “Checking in” is all it said.

Still, I opened it anyway.

The email was short and read: “How are you doing? Are you busy? I need a little favour from you.”

I was about to hit delete, but I wanted to make sure this wasn’t a past client or student who perhaps had a question about something they’d purchased from me.

So I searched their name in my inbox, and an old message came up. The name suddenly rang a bell: It was a neighbour who lives in my building, and who I chat with whenever we run into each other.

But her surname had escaped me, having only seen it once before when she had emailed me in 2018 about donating some old books to a rummage sale.

I went back to her email. “Are you busy? I need a little favour from you.” The thing was, I was busy. I had a couple of hours to finish some homework for a class I was taking, and then the rest of my afternoon was booked with one-on-one clients.

What kind of favour did she need, I wondered. Was I too busy to take it on? Was it something I would even be able to help with at all?

I didn’t know, because she didn’t tell me. A favour could be big or small. It might take a minute, or all day.

I wish she’d told me more details up front, because I would have been able to easily say yes, or no.

Because I didn’t know what kind of favour she needed, how urgent it was, or how much time was involved, I set the email aside to come back to it later.

I know what you’re wondering: What does this have to do with tarot?

Communication plays a huge role in our daily lives – including our tarot readings. I can’t tell you how many times I’ve received emails with vague subject lines like “hey,” “how’s it going,” or “wondering,” left them to be opened last because I don’t know what they’re about or if they’re important.

Some people believe that if you want something in this world, you have to ask for it. And while there is some etiquette to follow around what we’re asking for and how, there is a lot of truth behind that belief all the same.

It’s become popular to blame communication snafus on things like Mercury retrograde, but the fact is communication between people is challenging all the time.

Some people think they’re being clear when they’re not even close to it. Others hesitate to assert a question, and so articulate their inquiries in circular, convoluted ways, hoping that the person on the receiving end will manage to read between the lines.

Like someone I was tasked to collaborate with on a work project once. She had volunteered herself for it and was keen at the start, but began missing deadlines and details. When I asked why things were running late, she said she needed more information about this, that, and some other thing.

So I got that information to her. But once it was in her hands, she came out and said, “Actually, what I was trying to say was that I don’t have the time to do this project anymore and want to quit.”

But she hadn’t said that at all. She had said, “I can’t continue without more information. Can you give it to me?”

There’s a big difference between those two sentiments – wanting more information vs. wanting to quit. But in her mind, she had thought it was enough of a hint to be obvious. (It wasn’t.)

This happens in tarot readings all the time, too.

Sometimes questions are way too vague and nebulous compared to what you’re actually wanting to find out. And I know that this can stem from the way we’re taught to read tarot – to be open-ended and non-specific.

But at the same time, if you have a clear question, it’s going to be much more beneficial to just come out and say it rather than dancing around it, hoping the answer might magically appear in the cards.

Likewise, I’ve had people ask if they should tell me their question at all.

Yes! Tell your tarot reader how they can help you.

I don’t want to sit there trying to figure out what your question is. And I don’t want you to feel like your reading has to be such a passive act on your part that you just have to sit back and wait to see what happens.

I’ve had plenty of clients over the years ask questions in such vague, roundabout ways that I had no idea what they were looking for. And when they did finally tell me, their concerns were so different from the questions they originally posed.

Don’t be afraid to be productive and proactive with tarot. Want to know how to make your business succeed this year? Ask that instead of, “How can I be more abundant in my life?”

Want to know to what you’re supposed to be focusing on in the next six months? Ask that instead of, “What do you see coming up for me?”

Of course, there’s nothing wrong questions like, “How can I be more abundant?” or “What do you see coming up for me?” if those are genuinely the questions that are top of mind.

In tarot and in life, language matters. So does intention. Learning to communicate questions clearly and directly can make a huge difference in any interaction.

All this being said, I recognize some readers prefer to do cold readings with no question at all. If that’s a reader’s style, that’s their call.

But for me, I think getting straight to the point, articulating what it is you’re trying to find out, and being clear about that from the start saves so much time – and avoids turning a tarot reading into a guessing game.

p.s. Can you relate to this blog?

If you’re a tarot reader who struggles to get clear about your questions, and you want to learn how to give more specific, direct readings, Taking Tarot to the Next Level is for you. Learn more about it here.