Do we focus too much on intuitive development in tarot? 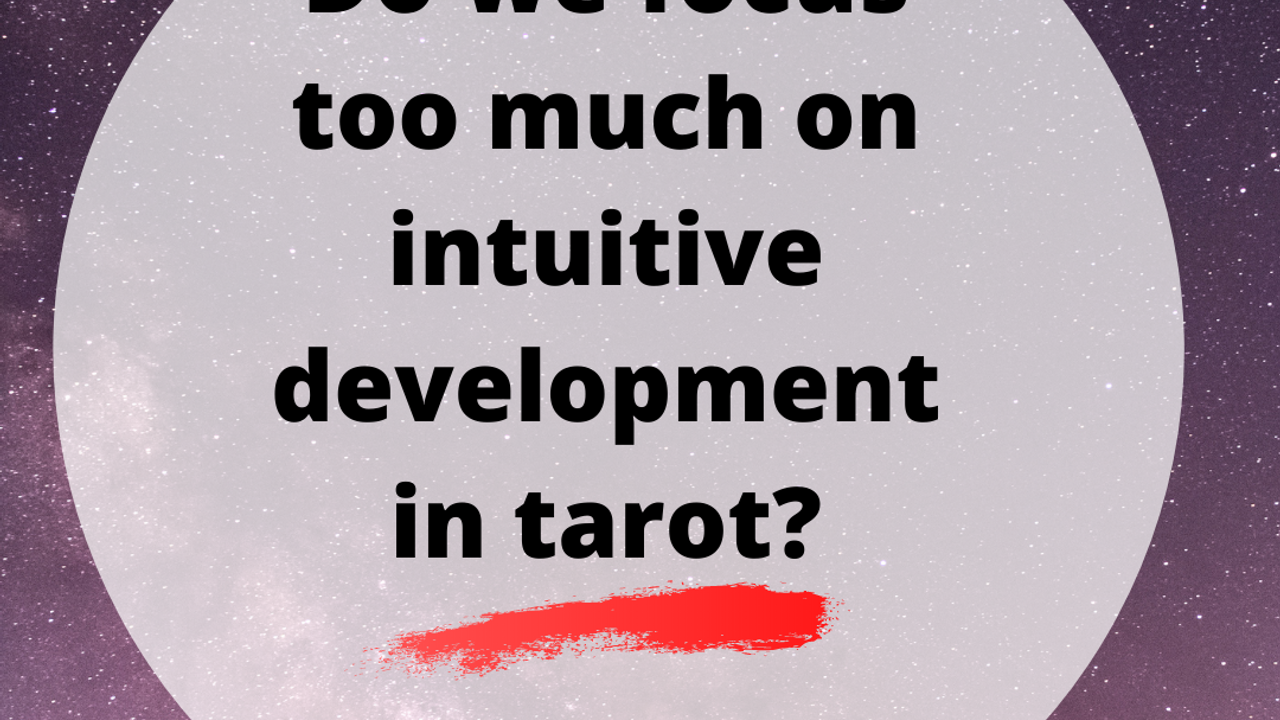 A few years ago, a question came to sit with me:

Do we focus too much on intuitive development in tarot?

I’ve shared before about some of the misconceptions I had about tarot early on. I felt so much pressure to intuit and download messages psychically that I didn’t take proper time to sit down and actually look at my tarot cards.

Which was a big misstep, but there is so much information the tarot lays right out in front of you. And yes, reading tarot can feel like a psychic experience, as it is eerily accurate. I’ve had clients ask me, “How did you know that?” when I hit on something so specific that I couldn’t have known otherwise.

But I just tell them as I see it: It’s all in the cards.

Still, I have spent time learning about other skills. I’ve studied mediumship and channeling. I’ve gone through a lot of workbooks and classes about intuition and psychic ability.

Has it helped me as a tarot reader? It probably doesn’t hurt – but I don’t think it’s been as much of an influence on my readings as other factors.

But it’s also important to balance out practices like tarot and intuitive development with other characteristics, too. Groundedness, practicality, logic and common sense can be just as integral to your ability to read tarot.

I know sometimes we might resist those stabilizing forces out of fear they’ll tether us to the ground rather than letting us fly off into ethereal realms. But trust me: There are times when tarot calls for common sense, and there are times when it’s appropriate to go with your gut.

Maturity and self-awareness are key characteristics, too. No one is perfect, and tarot readers are no exception. I used to read tarot at an event called Psychic Brunch. (It was exactly what the name implies.) There, I would constantly overhear the organizer, Ralph, remind attendees that he believed, “Tarot cards never wrong. But tarot readers can be.”

I’ve spent a lifetime soaking in New Age concepts. My mom bought me my first palm reading before I was even in my teens. I’ve attended seminars, churches, goddess circles, rituals, and seminars. I’ve been to all kinds of readers. I’ve seen predictions come true, and others not even come close.

And through it all, I’ve met some people who just seemed to have gone too far in one direction.

Sometimes, people fall for their own hype in this line of work. They see meaning in too many things, becoming unable to differentiate between a message from Spirit and an everyday occurrence. And I’ve seen readers start to mislead people – perhaps not always intentionally – into ungrounded, unfounded, and sometimes unhealthy practices because their “higher power told me to.”

This is where qualities like maturity and self-awareness can help to keep you grounded.

Maturity has nothing to do with age. But I do think it can pair nicely with intuition.

Maturity, self-awareness and intuition go hand in hand. As you mature, you learn to trust yourself more. You have a better understanding of your own boundaries, and a willingness to apply the lessons of past mistakes.

It’s also a grounding influence when working with clients. If you read tarot for other people, you will encounter all kinds of personalities with a range of expectations. Sometimes you will have clients who act immaturely, maybe out of excitement, nervousness, or ignorance of tarot.

Being a mature voice of reason allows you to maintain the role as a leader and mentor for those who need a little more guidance.

Intuition and psychic development can be very rewarding pursuits for anyone, tarot reader or not. But they are not lesser qualities to anything you don’t already possess. We all have the potential to apply good judgement, responsibility, and common sense – and often, tarot becomes better for it.

“This is the Tarot book I wished I had when I started my Tarot journey.”
- Goodreads reviewer

There are a lot of ways to read tarot, and a lot of opinions on how to learn it. Ultimately, every tarot reader will develop their own style and approach. We all have a unique perspective through which we see the world. I want to help you tap into yours.

If we were sitting down for a private tarot lesson together, everything I would want to tell you is in my book, The Power of Tarot. Get it here. 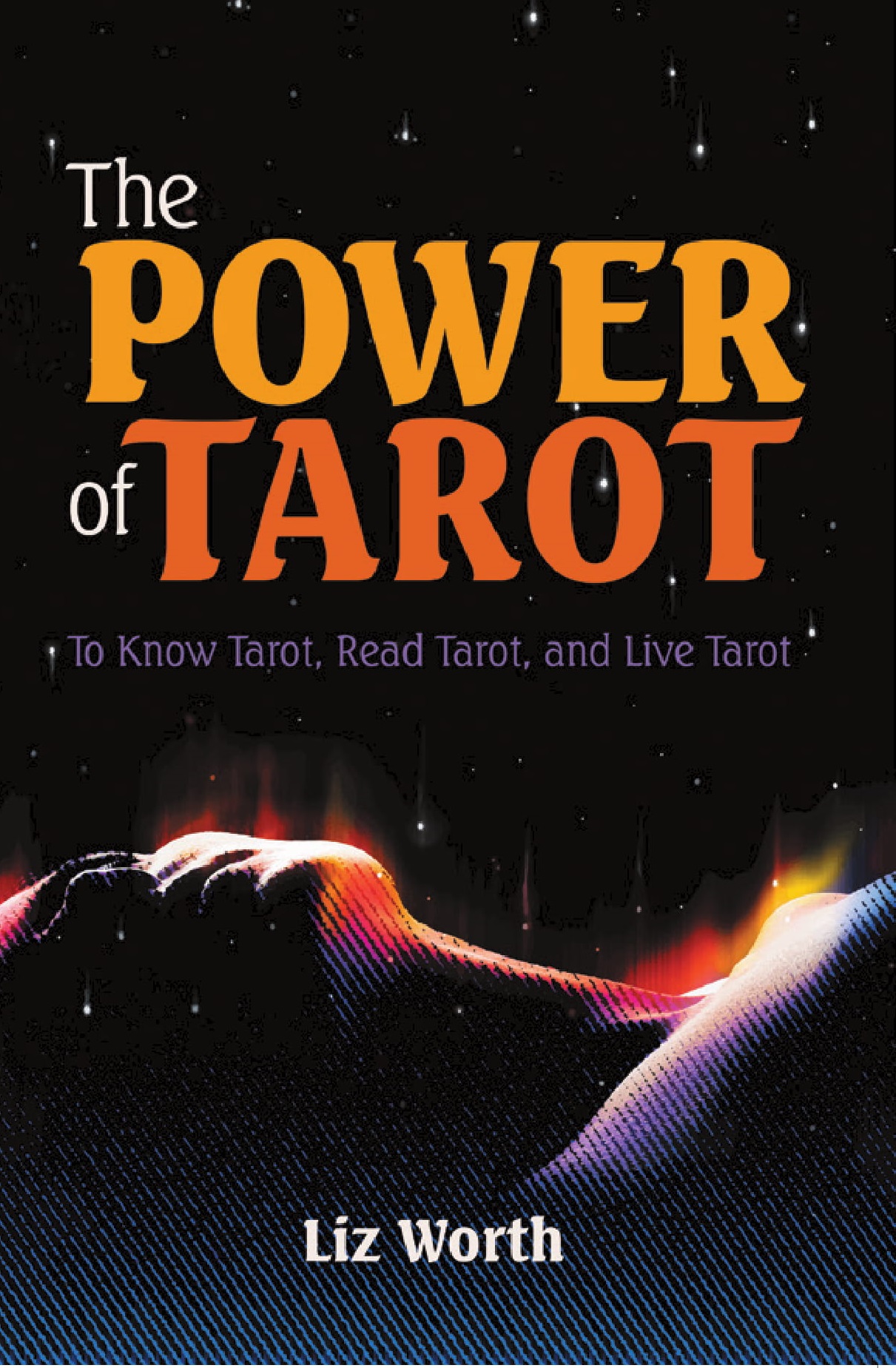