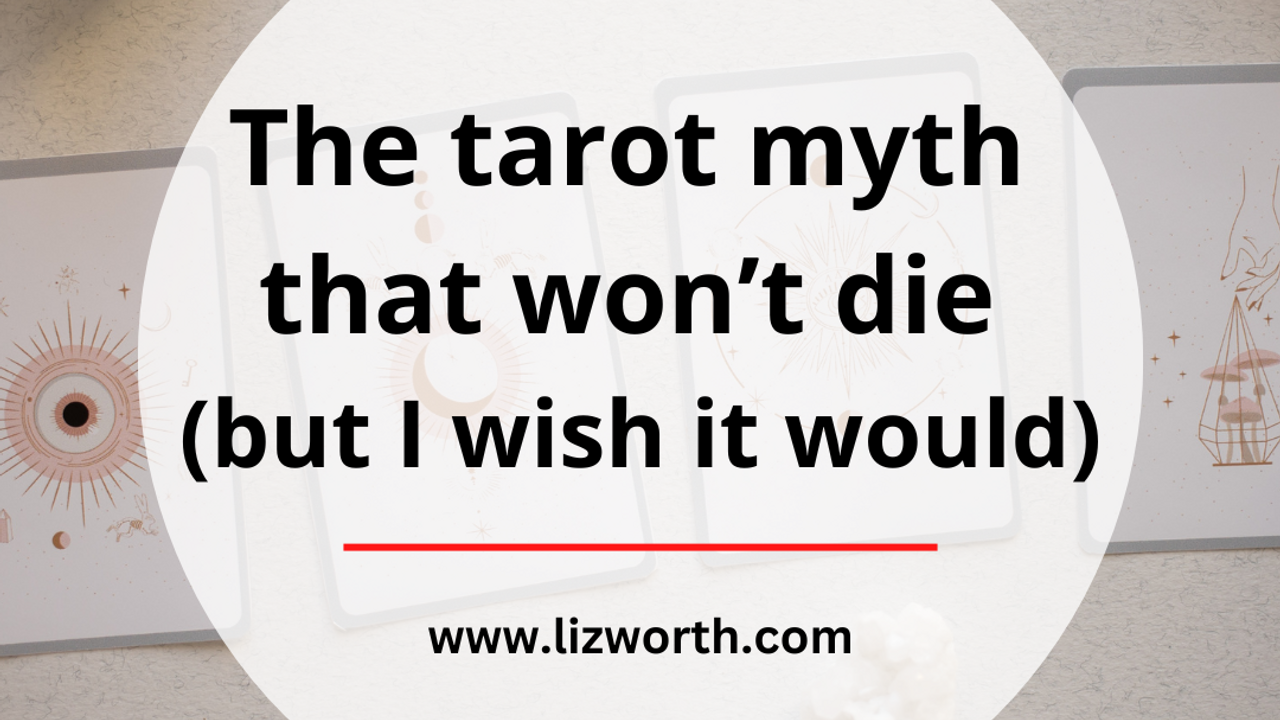 Despite living in a time when you can verify almost any piece of information with a few clicks of a button, there are so many myths and misconceptions that persist when it comes to tarot.

One that gets me the most is the myth that you have to be gifted a tarot deck in order to start reading tarot.

I actually get asked this at least a few times every year, and I know I’m not the only one who hears this question. It confirms how persistent and stubborn this belief is.

I can’t remember where I first came across this (wannabe) rule, but I do remember reading about it as a teenager when I was exploring all things occult. Like many other aspiring tarot readers, I took this myth to heart at first.

On one hand, the idea is romantic. There’s something fated about being gifted a tarot deck, as though you’re being chosen or selected to be a tarot reader.

That idea fits with other tarot mythology, such as the belief that the ability to read cards comes through a God-given gift or natural aptitude, rather than it being an acquired skill.

But the story that you have to be gifted a deck in order for tarot to work for you also keeps people away from tarot. It did for me, at least briefly, before I decided to break the rules and buy myself a tarot deck regardless.

"Just go out and buy yourself one," is always my answer.

Don’t wait. Waiting seems to be the agenda behind a rule like this as a way to keep people away from tarot.

But that’s why it bothers me so much. There are a lot of tarot-curious folks out there who could be diving into tarot right now, but they’re stopping themselves for fear that they’ll be starting off on the wrong foot.

Stop waiting for permission to learn something new.

Stop waiting for someone else to take initiative on your behalf.

If you want to read tarot, then there’s no better time to start than now. Let your own experiences with the cards determine whether tarot is for you or not.