Why is it so hard for new tarot readers to get clients? 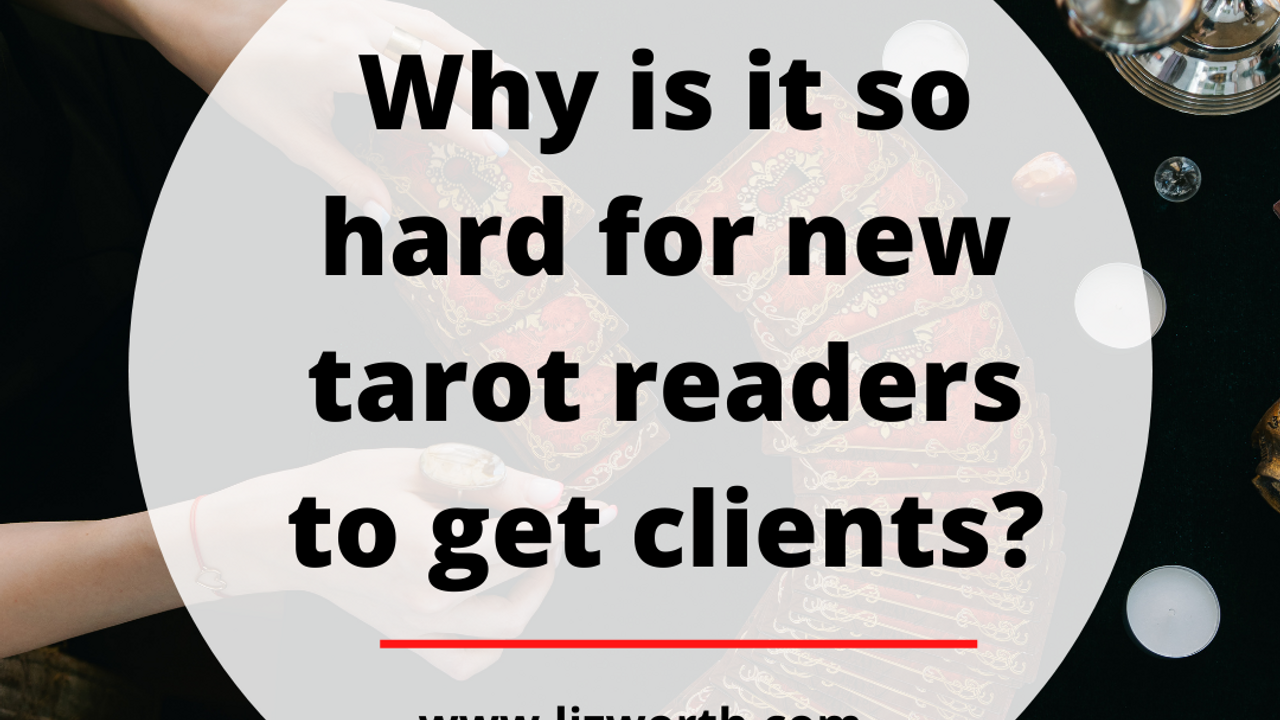 A few years ago, I was hired to teach a few private classes to someone who had just started reading tarot. She had bought her first deck a few months before she booked on for some lessons.

After our fourth lesson together, I got an email from her: “I forgot to ask you something in our class today,” she wrote. “How much do you think I should charge for my readings?”

Our lessons at that point only totaled up to about four hours of study. This student had also only ever read tarot for herself.

Given what we’d covered in our classes so far, I knew she still had a lot to learn.

I wrote back an honest response, telling her it was way too soon to worry about charging for readings. “Focus on learning how to read tarot first,” I said.

This wasn’t the first instance I’ve had this question, and it wasn’t the last.

There are a lot of reasons why I encourage people not to rush the process when it comes to going pro as a tarot reader.

First of all, it takes time to learn tarot. Like anything else, some people will take to it faster than others. I’ve seen some readers get really, really good within a year.

But those individuals, in my experience, have been the exception, not the rule.

Some people take decades to turn professional. It’s not a race, and at the end of the day, it doesn’t matter. What’s more important to me is to set realistic expectations about what really goes into tarot reading.

Because if you do go pro, a lot of things change once money is on the table. It’s one thing to do free readings for friends or contacts online. But once people become paying customers, their expectations change.

There are ethics, responsibilities, and boundaries involved in professional tarot reading that go deeper than learning card meanings and tarot spreads. There are also interpersonal skills involved, especially if you find yourself counselling a querent with a serious concern.

But another thing that a lot of new readers don’t realize is that part of selling, marketing and promoting your work relies on the foundation of experience.

Despite the psychic industry being a billion-dollar space, tarot readings are actually a pretty tough sell. It’s competitive and oversaturated, and you’re up against skepticism and fraud. You’re also challenged with carving room for yourself in a place where many clients stay loyal to readers they know, like and trust.

This is something I’ve seen beginner readers struggle against when they do try to build a client base too soon. Because they haven’t developed a methodology yet, they struggle to clearly talk about their work as tarot readers, and as a result find it hard to nurture an audience base.

Without clarity around what your tarot readings can do for people, and without the knowledge or know-how to communicate the value of what you do, it’s hard to show potential clients why they should hire you.

The ability to communicate the value of the work comes from experience and practice. Those two things build upon each other.

Whenever I talk about the importance of putting in the time to understand tarot well, it’s not because I don’t want to see anyone succeed.

It’s actually the opposite: I do want to see people succeed, and I know that it can be much harder – and much more discouraging – to try to build a tarot business too fast, and too soon, without having developed sellable skills and a solid methodology or framework to justify and market that business.

In a society that rewards instant gratification and that pushes us to continuously monetize our passions, it’s hard to keep perspective about your own progress sometimes. But believe me when I say that there are good reasons to trust your own timelines here.