I know I shouldn’t take this personally. But I do. 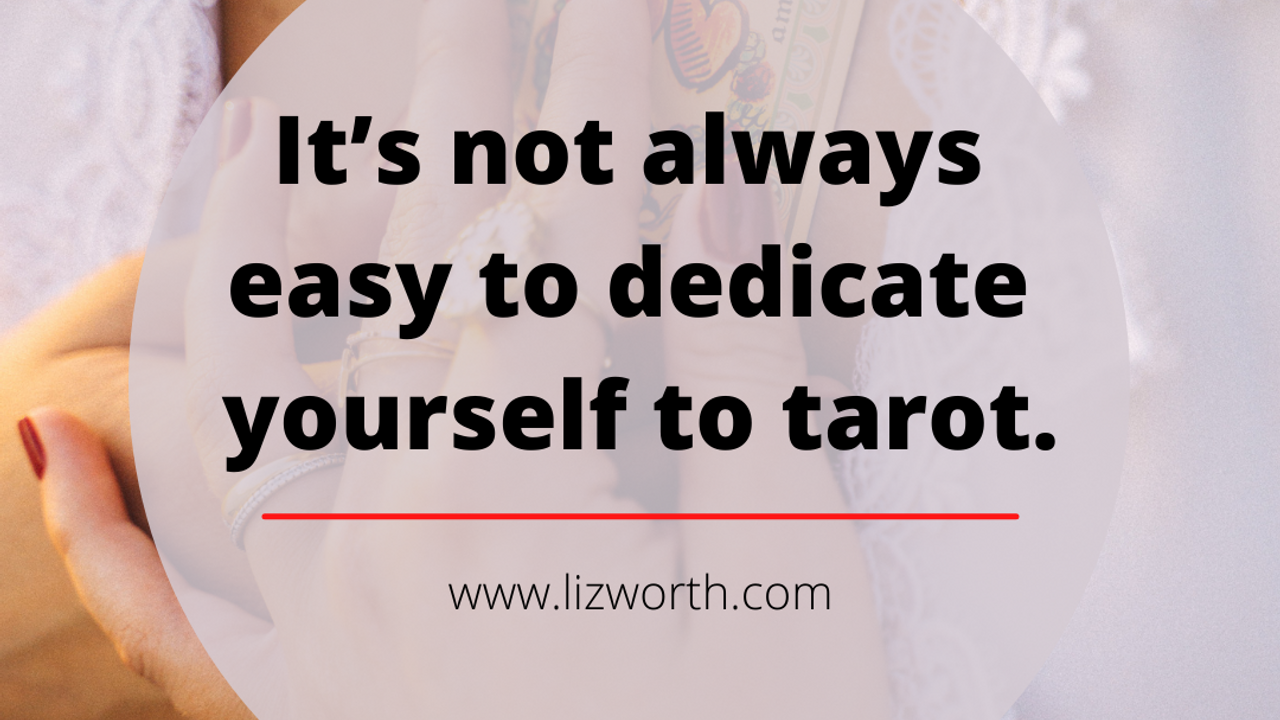 It’s not always easy to dedicate yourself to something like tarot.

One of the hardest things for me to reconcile on this path is how dismissive skeptics and non-believers can be towards anything they perceive as too “out there,” too esoteric, or too spiritual.

Some people genuinely love to hate on anything they see as “woo,” including tarot.

No matter how many ways you try to explain that tarot is about so much more than a gimmicky parlor trick, there are some people out there who just don’t want to hear it.

I’ve written before about my thoughts on skeptics. The short version is that I don’t feel it’s my role to convert anyone. I’m not interested in telling people what they should or shouldn’t believe in, and I don’t get caught up in any ideas that everyone has to like the same things I do.

What I do wish I could change, however, is the pervasive assumption that anyone who is interested in tarot (or related practices) is unintelligent.

There is this idea out there that if you’re interested in anything that has to do with intuition, spirituality, or divination then you’re written off as a purely “magical thinker” who lacks the ability to reason, ration, or discern.

Or that you’re gullible or naïve.

Or, if you’re working in this industry as a professional, that you’re just out taking advantage of people who check the boxes listed above.

I know I shouldn’t care that people think these things.

But I have to admit that once in a while, it does get to me.

I know this industry isn’t perfect. Some people are attracted to tarot for the wrong reasons, and unregulated industry is a breeding ground for fraud. And there are some people who are attracted to New Age practices because they are searching for a fantasy world where they can escape from reality.

Because I take tarot so seriously that these wholesale acts of dismissal sometimes feel like a personal attack. I also actively challenge binary thinking that keeps us in either / or paradigms, especially when the narrative is one that wholesale writes off something as nuanced and varied as tarot.

Tarot is an important part of culture and history, and it’s something that historians have studied and documented. It has a place in academia, and place beyond the New Age section at your local bookstore.

There are such things as tarot experts, and I wish more people were able to see that and respect the work and effort that has gone into understanding, preserving, and innovating tarot.

Tarot has so many different uses and outlets that go beyond the stereotypical ideas of what this practice is all about.

I wish people didn’t see tarot readers as people who are just caught up in some kind of superstitious, magical thinking. But instead, to see that the tarot community is made up of many accomplished, intelligent individuals who are much more than just their tarot decks.

The community around tarot is as multi-faceted and multi-talented as you will find in any other industry.

It’s not a space the wholly lacks critical thinking, ethics, or reason. There is room for all of this and more here.

These are the things I wish were clearer to those are skeptical or dismissive of tarot. Not because I want everyone to become a tarot convert, but because I want to see tarot readers to be taken as seriously as any other expert in any other industry.

Sometimes I question my own path here. I am much more than a tarot reader, but tarot is what I’m most associated with.

And I love that.

But when I meet new people, or publish a piece of writing, or put myself out there in any kind of way, I want people to see beyond whatever dismissive assumptions they may have when I say, “I’m a tarot reader.”

I want that for all of us. I want tarot to be seen as intelligent, sophisticated, and important.

When I find myself reflecting on these things – and they have been on my mind a lot lately – I take it as a reminder to reconnect to what I’m in service to here.

And tarot is it.

I want to be in service to elevating tarot, to legitimizing it however I can. No matter how big or small my impact may be in the long run.

I want people to feel as excited about tarot I do, and even if they don’t ever feel called to try it themselves, I want people to at least see that it’s as worthy of respect as any other craft.