That time I blew it as a tarot reader 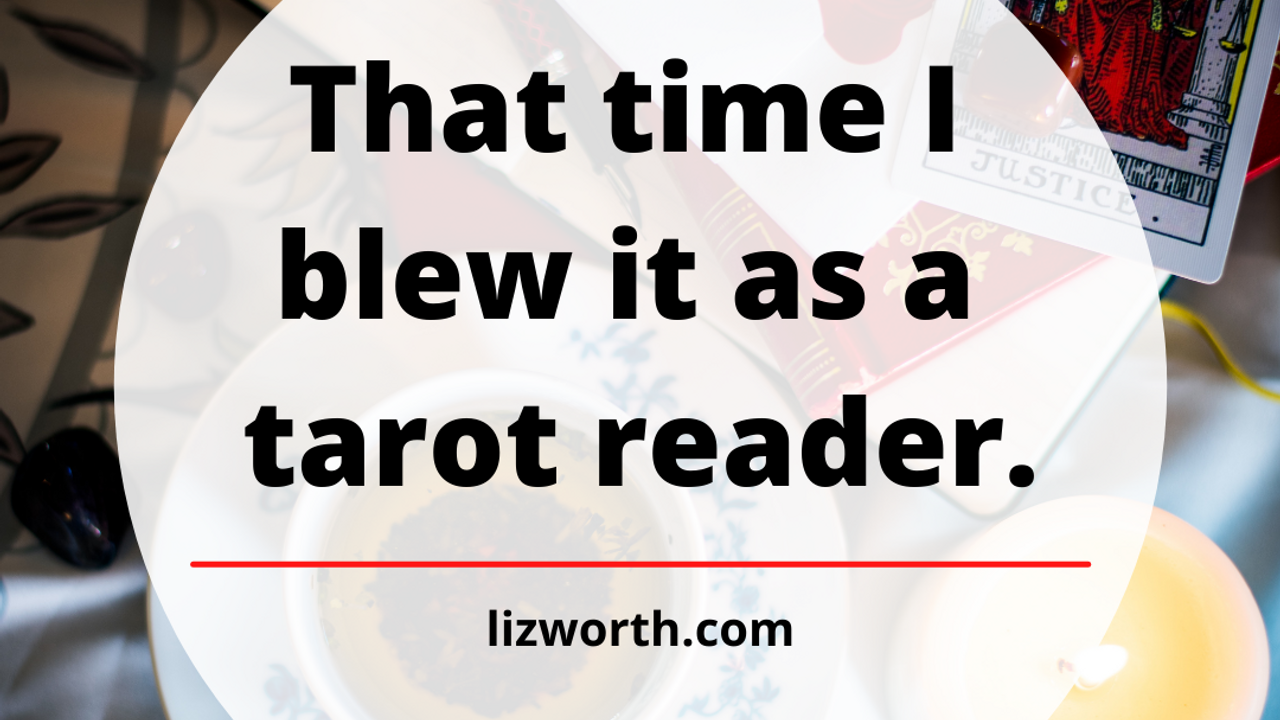 Years ago, before I was reading tarot professionally, I used to do a lot of tarot parties for friends to get practice.

I was at a café one night where a friend was having a trunk sale for a jewelry line she was selling. The room was full of my pal’s friends and family, and I didn’t know many people there.

A woman sat down for a reading with me. I laid down my cards. I saw something in them that was so specific: A story about a family inheritance.

Except that’s not what I told her.

Because what I thought did not match the meanings of the cards that were in front of me.

I wasn’t experienced enough yet to know how to trust myself as a tarot reader.

So I played it safe.

I gave a by-the-book reading – literally – rather than talking about what I’d initially seen.

It was generic, safe, and middle-of-the-road enough for this woman to find something relatable in what I was saying.

But it wasn’t specific to what she was going through.

Which was – wait for it – an intense family drama about what to do with her late father’s estate.

I learned a major lesson that night: I needed to start listening to myself as a tarot reader, and not let other people’s card meanings run the show.

This is a big learning curve that every tarot reader eventually faces.

And it’s an important one to sit with. Since that party, I’ve gone on to read for over 3,000 people and counting.

And you know what I’ve learned along the way? Paying clients want clear answers.

They want tarot readers who are strong and confident in what they’re saying, not someone who’s wishy-washy, vague, or playing it safe.

Clients want clear guidance on how to make major decisions, tap into upcoming opportunities, and work through challenges.

And being able to provide those answers means knowing how to use your voice, put your readings in your own words, and take risks in your readings. Even when that means deviating from a standard card meaning and tapping into an intuitive hit.

I know it’s not always easy to take that leap. I’ve mentored a lot of tarot readers who felt they were holding back in their readings because they were afraid of being too specific, getting it wrong, or saying something that made no sense to their querents.

But how? If you’re walking around with a head full of tarot meanings but you’re not sure what to do with them all, and you want to be the kind of tarot reader who can do it all – give advice, predictions, forecasts, and more – I hope you’ll join me in Taking Tarot to the Next Level.

This is my signature program that helps tarot readers like you add new skills and techniques to your repertoire.

Hope to see you there.